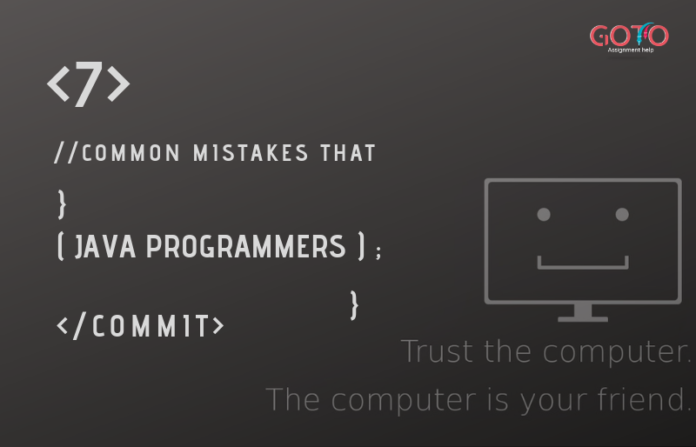 Java has been changing our lives and exceeding the expectations of people since its advent in 1995. It was initially developed for interactive television but now it has spread over every software. It has created a new way of programming with a gentle learning curve and appears to successfully adhere to its motto – Write once, run everywhere.

Java is a computer-based programming language that was specifically designed to have as few implementation dependencies as possible. It is a computing platform which is fast, reliable and secure. Unlike other programs, in Java objects, there is no reference to data external to itself. This provides surety that an instruction cannot contain the address of data stored in another application or in the operating system itself, either of which would cause the program or OS to crash. The Java Virtual Machine (JVM) makes a number of checks on each object to ensure its integrity.

It was initially designed to have the look and feel of the C++ language but is way simpler to use than C++. It enforces an object-oriented programming model which can be used to build an application module for use as part of a webpage. It can also be used to create applications that may run on a single computer or be distributed among servers and clients in a network.

In short, it is very difficult to give a single reason as to why Java programming language has become so ubiquitous. People have now learned how to use java but some common problems still persist. No matter whether you program it regularly and know it at the back of your hand, you are likely to commit some stupid mistakes. To overcome it you can take help from experts on programming assignment.

So here is a list of 7 errors that every Java programmer eventually makes:

When an attempt to access an object is made and if the reference to that object is null, a Null Pointer Exception will be thrown.

Null pointers are one of the most common errors made by Java programmers. These errors can’t be checked by compilers as they only surface at runtime. These errors generally happen when you haven’t initialized an object or you haven’t checked the return value of a function. Since the cause is an error condition, normal testing may not pick up, which means that the users will end up discovering the problem for you. If the API function indicates that null may be returned, make sure to check it before using the object reference.

Another frequent error is the capitalization error which is very easy to commit. Even if you have had a second look at an un-capitalized variable or method, you still might not spot the problem. While there’s no silver bullet to detecting this problem, you can practice making less of them. If the problem still persists, it’s time you take some help with programming assignment and take advice from experts on java programming assignment.

Here is a few simple tricks you can learn:

This mistake happens when one writes an opening curly brace ({) but forgets to put a closing one (}). Java programmers often miss the closing brace due to the improper indentation of code or forget putting the opening brace without closing it immediately.

You can avoid this mistake by putting the closing brace immediately after the opening one and then put the code inside. Asking help with java programming assignment is also a good option.

This mistake is a little bit hard to detect as it does not cause a compile error. You will only realize the error only when the program doesn’t run as expected.

This error is very easy to make as java programmers don’t fully understand the difference between static and non-static variables. Interestingly, this mistake mostly happens while using the static method where one attempts to access an instance variable. They have problems with accessing member variables from the main method.

To avoid making this mistake remember that:

This == is used for comparison purpose, to see if the two object references are pointing to the same object. We cannot compare two strings for equality using == operator. Instead, we use the .equals method.

According to Oracle, the company that owns Java, it runs on 3 billion devices worldwide. Java has simplified many things in software development by relying both on JVM and the language itself. However, its features like OOP tools and removing memory management by manual method, don’t fully eliminate all the issues and problems are thus faced by Java programmers. As always, continuous practice, knowledge, advice from experts on programming assignment and taking help with programming assignment are the best ways to avoid errors.