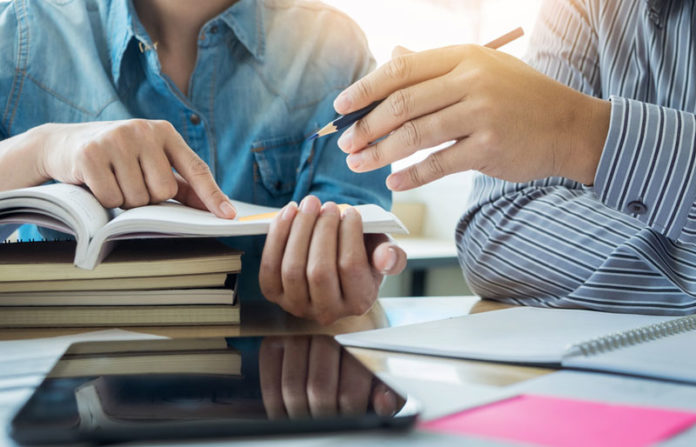 Have you ever heard about the word ‘metaphor’? Most of you are familiar with the word, but don’t know the definition of metaphor. Is it true?

Let me guide you in understanding this topic with examples

What is a metaphor?

It is such a figure of speech in which a word is applied to an action to which it is not literally applicable. Simply speaking it is a thing regarded as a symbolic representation of something else. It is a rhetorical device too in which an idea or situation or object is referred to directly as something it is not definition of metaphor.
When metaphor is used in a sentence as a literary device, it can give a more detailed and complex description of something which gives the reader a vivid experience of the thing. Sometimes it provides clarity or identifies the hidden similarities between two different ideas.

Types of Metaphor With Example

“All the world’s a stage,
And all the men and women
Merely players;
They have their exits and their entrances…”
These lines are from Shakespeare’s drama “As You Like It”

Here we find the usage of metaphor as the world is not a stage at all, on the other hand human beings are also not actors and actresses who are playing roles. By the line “All the world’s a stage” Shakespeare tried to differentiate the distinction between the world and the stage to clarify the mechanics of the world and the human behavior residing in the world metaphor types and examples.

In the book ‘The Philosophy of Rhetoric” written by I. A. Richards described the metaphor as having two parts: first is the tenor and second is the vehicle. The tenor indicates the subject to which qualities are assigned. On the other hand the vehicle is the object whose attributes are borrowed.

In the example mentioned above,

The word ‘metaphor’ is a Greek term which means transfer. Metaphor carries or transfers meaning from one word, idea or situation to another definition of metaphor.

You feel wonder that even metaphor has variations. There are three types of metaphor which we find in literature.

a) Visual Metaphor: this is the most common metaphor in which we find a pictorial symbolism or analogy.
Example: Harry Potters’ scar is the best example of visual metaphor representing multiple themes which easily attract audiences’ attention.

b) Standard Metaphor: it is also called stock metaphor. In this type we find a clear distinction between two unlike things.
Example: He is the only ray of hope of the widow mother.

c) Extended Metaphor: in this type we find the extension of metaphor over many stanzas of poem or prose.
Example: “It is the East, and Juliet is the Sun!
Arise, fair sun, and kill the envious mood,”
It is a famous quote taken from Shakespeare’s Romeo and Juliet where
Shakespeare has made the use of metaphor by comparing Juliet with the sun to describe her glory and brightness.

d) Implied Metaphor: it is such a type of metaphor that shows the comparison between two things that are not same.
Example: to describe a stubborn man who is unwilling to leave, you can say “a donkey standing his ground”. Here the man is compared to the donkey.

Metaphors which we use in daily life:

Many of you may feel confused while differentiating between simile and metaphor. Many of you may find that there is no difference between these two but if you notice clearly you will find the changes. Let’s understand the difference metaphor types and examples.

Difference between Simile vs Metaphor

There are clear distinctions between Simile and Metaphor.

if you still have doubts regarding the topic you can take help from our assignment help experts who have been providing various kinds of services regarding this for a long time. For more updates log on to our official website and check the necessary details of availing them.