Are you getting disorganized to use Pythagoras theorem formula?

Then we are here to suggest you some important aspects that would help you to apply it in its proper way. In this blog, our my assignment help experts will provide you with complete guidance on selecting conditions of using Pythagoras theorem formula.

Pythagorean Theorem formula is one of the most important and fundamental theorems in mathematics. It defines a relationship between the three sides of a right-angled triangle.

The formulation and properties of a right-angled triangle is the main application of Pythagoras theorem. A right-angled triangle has one of its angles as a right angle, it means that the measurement of one of its angles is 90 degrees. The side which is opposite to the 90-degree angle is termed the hypotenuse. The other two sides which are adjacent to the right angle are called the legs of the triangle, known as perpendicular and base. The perpendicular is also known as altitude or height of the triangle.

The Pythagorean Theorem is a very useful formula for calculating the value of the sides of a right-angled triangle. This formula has many direct and indirect applications in the geometrical section of mathematics along with its derivations and applications. In the triangle, the hypotenuse has the longest side measurement.

It can be easily identify the longest side by looking across from the right angle triangle. The other two legs will be base and perpendicular, which are making a complete 90-degree angle. Thus the other two angles of the triangle are acute, and are called acute angles. There is no specific rule to consider the side as base or perpendicular. It does not matter at all.

So, mathematically, the presentation of the Pythagoras theorem:

For a right-angled triangle ΔABC,

How to determine whether a triangle is right-angled triangle?

If the length of three sides of a triangle are provided, then to find whether the triangle is a right-angled triangle or not, it is necessary to use the Pythagorean theorem.

Here from the measurement, 26 is the longest side given.

We know from the Pythagoras theorem,

First we will solve R.H.S. of equation 1.

Therefore it is proved,

Therefore, the given triangle is a right-angled triangle.

Science and Engineering for Construction fields:

Most architects in the construction use the technique of the Pythagorean theorem to calculate the unknown dimensions. When length and altitude are known it is very easy to calculate the diameter of a particular sector. It is mainly used in two dimension structures in engineering fields.

Another application is for Face recognition in security cameras:

The face recognition feature in security cameras uses the concept of the Pythagorean theorem, in such a way that the distance between the placed security camera and the location of the person is noted and the image is well-projected through the lens using the concept.

The Pythagoras concept is applied in interior furniture designing and the architecture of a houses and buildings construction like inclination, steepness.

Sailors use this mathematical technique while traveling in the sea to find the shortest distance and route to proceed to their destination.

The calculation of diagonal connecting two buildings can be manipulated using this formula.

This formula can also be used along with trigonometry concept, to find the angle of elevation when a person looking at an object placed at the tip of a building or at the top of a pole with respect to the horizontal plane. The angle of depression is measured when the object is kept below the line of sight of the person.

Conclusion: After reading this blog I hope you have got an idea of applying Pythagoras Theorem Formula in mathematics as well as in real life computation. If you have any doubt you can ask our assignment services experts and take help from them at any time. For more details log on to our official website and check the necessary details of hiring them and order now.

What Do You Mean by Equation Solver?

How to Proof 2+2=5 with Solution in Mathematically? 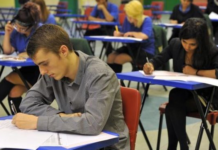 Difference Between Permutation vs Combination Formula with Examples